Backstory: During the 2016 Election cycle, he was the man that almost caught up to Donald Trump in the race for the Republican Nomination. He's the lawyer with the Ivy League education who became a United States Senator from Texas. He eventually had to drop out of election as Donald Trump proved to be an unstoppable force. Unfortunately, the only thing Ted Cruz was remembered for was his resemblance to a woman who appeared on The Maury Show. 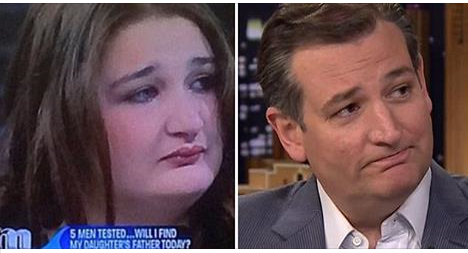 🤩DON’T JUST WEAR THE CELEBRITY, BECOME THE CELEBRITY - He was the one who almost caught up to Donald Trump in the race. He also looks like a woman from the Maury show & now you can too.