NSYNC Its Gonna Be May Meme Birthday Card (PLAYS SONG)

Know someone who loves NYSNC and has a birthday is in May? Surprise them with this hilarious musical birthday card which plays "It's Gonna Be Me" by NSYNC upon opening. Best if given in the last week of April.

"It's Gonna Be Me" was released on June 13th, 2000 as the second single from 'NSync's sophomore album No Strings Attached.

On January 29th, 2012, Tumblr user amyricha[5] posted a picture of 'N Sync band member Justin Timberlake with the caption "It's gonna be May," which pokes fun at the fact when Timberlake sings "Me," in the song it sounds like "May." 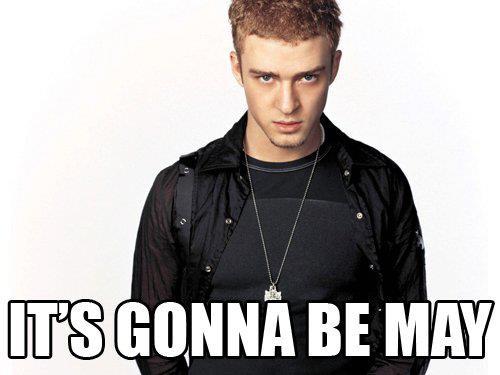