It’s December 2015. One of the coldest days New York has experienced in years. Wind chills below zero, whipping winds that burn your skin, and ice dominates the sidewalks like freezer burn dominates Grandma’s meatloaf. It looks like a hockey rink inside a tornado.

We’re at The Traphaus, and we’re hungry. We’ve been working all day toiling over holiday orders with only little bites of shitty snacks to keep us going. Bites so small that ants wouldn’t be happy. So little food that we’re actually losing weight while eating–on some celery shit.

Anyway, we’re hungry AF and since it’s The Day After Tomorrow, we decide to order from a local spot through some food app. We’re not mentioning their name because they refused to pay for The Trapsquad Shoutout. After debating on cuisine, we agreed on diner food AKA some good ol’ Amurican burgers and fries with a side of USA.

Placing the order is real quick because our info is already saved in the app, it only takes 2 finger taps to finish (just like your girl). We hungry, but hype that the food is on the way.

Fast forward 30 minutes pass… No food. 45 minutes pass… No food. Now we getting mad bruh. We hungry and we angry, in my book that’s called hangry. We open up the app, get the phone number to the restaurant, and get ready to call with some metaphorically rolled up sleeves as if we gonna fight these motherfuckers through the phone.

Right before we hit dial, one of our girlfriends calls us flipping out and the first thing she says is, “Yo wtf kind of prank are you trying to play right now? Cut that shit out it’s so fucking annoying.”

Feeling like some Pokemon that just got hit with Confusion. “What do you mean?” We asked. 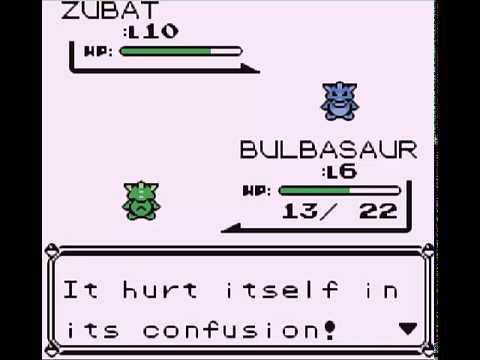 Us if we were a Pokemon

“I’ve been getting calls from the same delivery guy for the past 30 minutes. He keeps telling me he’s outside with my food but I didn’t order anything. I hung up on him thinking it was you playing some joke and he called me like 10 times and even got the manager to call me too.”

“LOLLLLL”, is all we can manage.

“I cursed him out and told him to go fuck himself with his fucking food. Cause I thought I was talking to you the whole time”, she says. And then that’s when she frantically decides to call us thinking we were behind the whole thing like we had nothing better to do.

We realized that the last time we ordered food to The Traphaus, we used her account and left her phone number in the app. Poor guy stuck in zero degree weather thought he was delivering it to some girl when in fact it was two trill ass dudes.

He finally found our Traphaus, knocked on the door, and gave the illest mean mug of all time. I mean dude had tears in his eyes looking like he just survived the sinking of the Titanic on the headboard Rose floated on. He was so pissed and so tired as if he survived years of being touched by his uncle. He told us he’s been looking for us, and dropped the bags of food on the floor. He took one last glance at us to remember who his enemy was and then he left with such focus that we’re pretty sure he’s still plotting his revenge on us.

Are you a delivery guy or are you Jack?

Lesson of the day: always give the delivery guy the right number. But if not, sit back and laugh your hunger away.

P.S. we haven’t ordered from them since. They’ll probably spit in our food if we did.